Project Zero uses a different timeline of events from the usual episodic content of classic to renewal. Based on how the Zero server of Korea has laid out its content releases, the server will be releasing content in a similar fashion. Hence we would term them as Chronicles instead of Episodes to remove the confusion with how Renewal releases updates.

1st Chronicle: The Beginning of the World: The Kingdom of Rune-Midgarts

The Kingdom of Rune-Midgarts is the first country the world of Ragnarok showcased, it has by far the largest map area among the 3 country-states in the continent. Prontera is its capital and the largest city-state among the 9 under its domain. 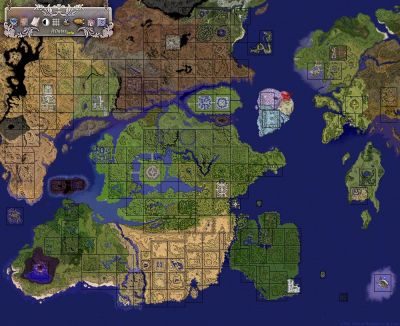 The Capital of the Rune-Midgartz Kingdom. It houses the the Knight's Chivalry and the Church of Odin for Knights, Crusaders, Acolytes and Priests. You can find Prontera Culverts close to the city.

The City of Magic, it houses the Magic Guild for Mages and Wizards. The Geffen Tower is its most distinguishing feature. You can find the Geffen Dungeon on the basement of the Tower. Mt. Mjolnir dead pit is an abandoned mine dungeon northeast of Geffen. Orc Dungeon is also within Geffen's jurisdiction. The Geffen Fever Field is also close by.

The city safe from outside invaders with the blessing of being surrounded by forests, Payon. Their unique architecture reflects the use the wood only available in their surrounding forests. Also houses the Archer Village. Payon Cave is just beside the Archer Village.

The Desert town that houses the Thieves Guild. There is a looming presence waiting to be unleashed in this town. The Pyramids and Sphinx are located just beside the town. Ant Hell Dungeon is also close to the town's vicinity. The Morroc Fever Field is also close by.

The port city of Alberta where the ocean breeze is always pleasing. The Merchant Guild is also located here. However, you can't find many merchants here because most of the trades that are done here are between in larger cities. The Dungeons close to it are Turtle Island and Sunken Ship. The town will also be a gateway to the other towns to come.

Izlude, the satellite town of Prontera, sits on the eastern edge of the Rune-Midgarts kingdom. Being a port, it features trade and travel routes by air and sea. ts strategic location gave Prontera access to a port, increasing possibilities for trade and transportation. Since then, various new features have been added to the town, including the Izlude Arena, the Royal Criatura Academy, and the airship dock. You can also Access the Undersea Tunnel Dungeon nearby.

Known as the city of canals, also home of the Clock Tower. The majority of Al de Baran is indeed constructed around the waterways, using them for power, drinking water, and urban landscaping. In addition, a system of beautiful windmills dots the city's skyline, turning lazily in the mountain breeze. The scent of plant life, the crisp clean air, and the overall formal beauty of the city make it a well-known tourist city. It is here, also, that the Alchemist Guild makes its home, attracting many individuals from all over the world who wish to further research this strange science.

Umbala is surrounded by four field maps characterized by lush greens and abundant forests. Monsters found in these maps are of a wide variety. They may look like they’re plants, but most of them are from various other races. The Utan Tribe resides here. You can access Hvergelmir's Fountain, a path that eventually leads to Niflheim, the city of the Dead.

Comodo is a beach located at the far south region of Rune-Midgarts Kingdom. . It is also home to the Dancer and Bard guilds. Due to the local region, the sun does not shine in Comodo. You will be dazed by the glow of the blue moon, and drawn in by the enchanted night life in Comodo. The 3 caves surrounding Comodo are known as the Beach dungeons.

Also known as Memorial Dungeons, are a type of dungeon in which a specific copy ("instance") is created for each individual party attempting to enter. As such, the server requires a small time period to create the instance, and it can only be used until a certain time limit before it is destroyed. Therefore, each party has the instance to themselves. There are 6 Memorial Dungeons related to Rune-Midgarts: Poring Village, Orcs Memory Memorial Dungeon, Prontera Culvert, Ant Hell, Izlude Waterway Memorial Dungeon, and the Sunken Ship. 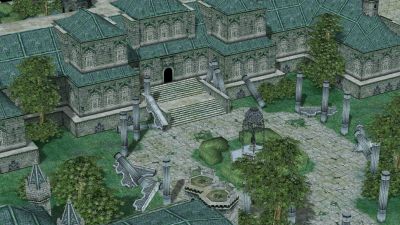 The Ruins of what was once the capital of Rune Kingdom, whose warriors were so powerful that other nations thought of them as Super Entities.

Legends say that the king of that kingdom was seeking more power from the sacred tomes hidden deep inside of the Ancient Tower of Geffenia, so he sent Assassins to steal it from there.

Little did he know that by reading the tomes he unleashed evil powers over his kingdom; so powerful that it damned every soul into infinite torment.

The king's name was lost, now he is only known as the Dark Lord, and what is left from Glast Heim citizens are now fearsome monsters feasting on the flesh and souls of wanderers. Lately some adventurers reported hearing explosions from inside the Ruins, nobody knows what happened exactly.

The Ruins of Glast Heim houses 2 Fever Fields, and a few NPC's who are waiting for adventurer's to aid them. 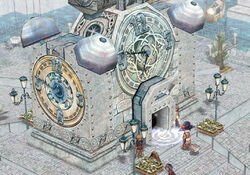 Aldebaran, the city of gentle calm, is renown for the mysterious Clock Tower that stands in its center. The city's craftsmen produced countless handmade clocks early in Aldebaran's development, and disposed broken, faulty clocks in the city's ancient tower.

Somehow, the magical energies of the tower transformed these clocks into living, malicious monsters. These monstrous clocks eventually expelled all people from the tower, turning the Clock Tower into a fearsome dungeon where Clock monsters freely roam and replicate.

Many curious and well-meaning adventurers have explored the Clock Tower to exterminate the wicked clocks, but only a few of them have safely returned. Even today, no one has managed to unravel the mysteries of the Aldebaran Clock Tower.

Some NPC's request your assistance to either exterminate monsters within the tower or gather up peculiar items to create new items.

3rd Chronicle: The War of Emperium

The War of Emperium is a feature that allows guilds to fight in order to conquer a Castle to be the headquarters for the guild, and get benefits and special advantages.

Owning a Castle gives your guild several benefits. First off, you are able to access the Guild Dungeon associated with the realm your castle resides in for free (see below). These dungeons have several strong monsters that in some cases do not spawn in the normal world. Secondly, every night, 4 or more (depending on the economy of the castle) treasure boxes will appear in the castle giving useful items and equipments.

Currently the Guild Castles opened are Valkyrie in Prontera and Britoniah in Geffen, along with their corresponding Guild Dungeons

Cute Pet System allows players to tame monsters to become pets. They give special stat bonuses to the player when they are Cordial and Loyal. There are several types of pets with varying levels of difficulty to obtain and to keep fed.

Recently the soldiers of midgard found an entrance leading to a deeper floor in byalan dungeon, the creatures were much more powerful, and a looming presence abides within the deep waters. Venture with caution to the 6th floor of the Undersea Tunnel, fight stronger water monsters and kill the Kraken that lurks within.

4th Chronicle: Louyang - The Castle of the Dragon

The world of Midgard welcomes a new land to be explored - Louyang, the Castle of the Dragon. Fashioned after ancient China, it now becomes the stage on which a chivalrous new tale will unfold.

Far from the shores of Volsug, the brave adventurers discovered the land of Louyang. With its high mountains, vast fields, and the glorious Castle of the Dragon looming on the horizon, it wasn’t long before the adventurers were captivated by this foreign land’s mystique. Not only was the landscape spectacular, but the citizens were equally interesting.

Here they discovered unique artworks, weapons, masterpieces, and products made by skilled native craftsmen; treasures not found in any other land. Rumors also speak of another kind of treasure, a treasure so vast that is was said to compare to the vaults of King Tristan III and those guarded by the Schwartzvald Republic