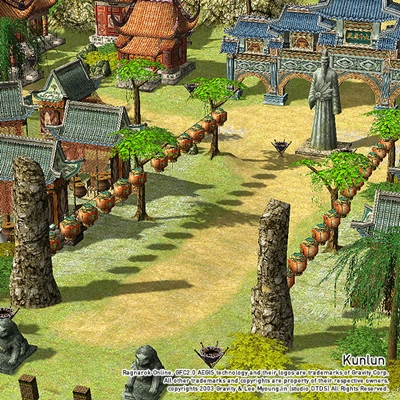 The Enchanted Skyland. Kunlun is another cultural town off the coast of the Rune-Midgarts Kingdom. Designed in Ancient Taiwanese style. Outside of iRO, it is known as Gonryun. In October 2004, Kunlun became the second city in the Global Project to be added to iRO. To get there, pay the NPC (alberta, 245, 62) at the docks in Alberta 10,000 Zeny. Kunlun has one field map and three dungeon maps.

The boat drops you off in the field map. To get to the town, you have to get to the center of the field map and find the NPC who's near some statues of some kind of beast. Walk up the stone ramp to the left of the NPC to find the town's entrance.

A foreigner who arrives in Alberta is escorted to Prontera. After hearing about a civilization, King Tristan III orders a crew to sail and find this place. Despite all the hardships, the crew members finally establish a sea route to this newfound civilization. To this day, many people come and go to this new land. A place known for its stunning tourist attractions, sceneries, deep religious roots and impressive economic conditions. Despite their technological advancements, the people of Kunlun are a rather superstitious lot, worshipping deities known as "Hermits". These Hermits are an absolute power unto themselves, controlling human existence and limitations. Anyone can become a Hermit. The natives of Kunlun strived for perfection, believing that if they are good enough and work hard enough to achieve enlightenment, their souls would someday become one with the Hermits.

Unfortunately, not all who become Hermits remain good. Some are overwhelmed by their divinity, ending up being corrupted by it. They would use their power to do whatever they wish, regardless of how harmful or malicious the acts are. Neighboring cities and villages sometimes fear that these evil beings, now known as Evil Cloud Hermits, might someday upset the balance and cause great disasters for Kunlun.

Kunlun is a mountain range in western China, believed to be a Taoist paradise. Said to be three (or nine) stories high, whoever climbs to Kunlun's top will gain access to the heavens. The mythological "Queen Mother of the West," Xi Wang-mu, associated with peaches and peach trees, resides in this mountain range.

Quests added with the Kunlun update can be found here. 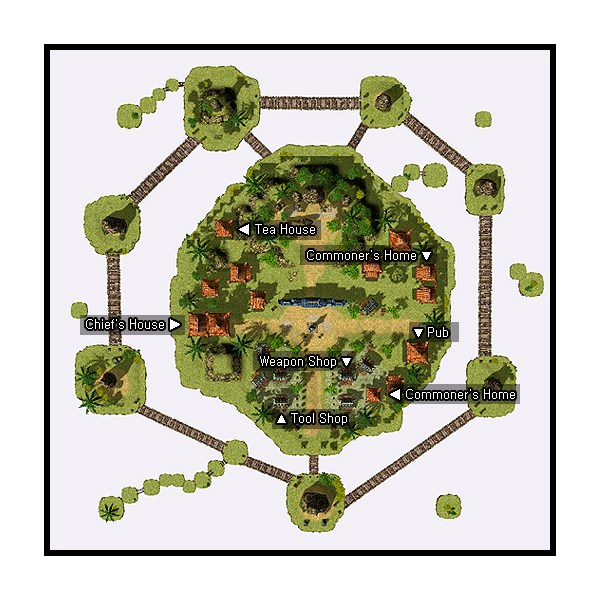 Access the Kunlun Dungeon near the top of the town.