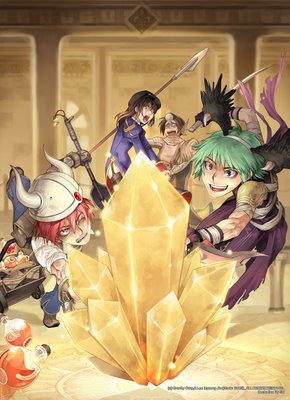 The War of Emperium is a game feature that allows guilds to fight in order to conquer a Castle to be the headquarters for the guild, and get benefits and special advantages.

Owning a Castle gives your guild several benefits. First off, you are able to access the Guild Dungeon associated with the realm your castle resides in for free (see below). These dungeons have several strong monsters that in some cases do not spawn in the normal world. Secondly, every night, 4 or more (depending on the economy of the castle) treasure boxes will appear in the castle giving useful items and equipments.

4 castles are available in each realm:

At the beginning of WoE, characters from guilds other than the castle owner will be teleported out.

The character to deal the last hit against the Emperium claims the castle. All characters with a different guild, allied or not, will be warped out at that point. Only normal attacks can damage the Emperium, as all active skills miss (except Gloria Domini and Gravitational Field). After a castle is claimed, other guilds can immediately re-enter and attempt to break the Emperium. The last owner before the Emperium disappears at the end of the WoE period holds it until the next period.

Guild mates and Allied Guilds are considered allies in castles and can not attack each other. Members cannot be expelled, and alliances cannot be broken by members inside a castle.

The owning guild of a castle has several advantages. Guardians are summoned upon the request of the castle owner's guild leader. They will automatically attack all non-allied characters. Guild members can also click on Flags outside of the castle to be instantly teleported to a specific location inside the castle.

An NPC for WoE Damage Testing can be found at prontera159191. This NPC will allow you to warp to 5 different PvP-enabled rooms with WoE restrictions in place, to help with testing for WoE.

The following skills cannot be cast within castles:

Skills cast outside the castle will not disappear upon entering. Using items that activate the skill will also fail, but Autocast equipment can grant the skills in a castle.

Each WoE realm contains an associated Guild Dungeon. These guild dungeons are accessible to everyone for a fee of 30,000 zeny. If you own a castle in that region, the dungeon is free to enter. Guild dungeons can not be entered during WoE times.

A butler NPC is provided in each castle for the guild leader to manage the castle. The following functions may be influenced by what Guild Skills are available.