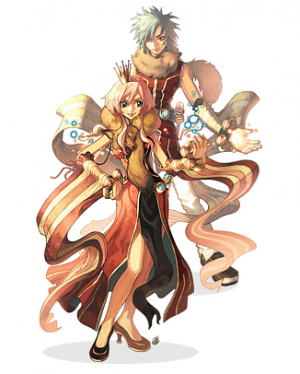 Quenching their lifelong thirst for learning, Professors have accumulated a greater body of knowledge than ever before! They have new, creative uses for their mystical skills to support allies and frustrate enemies. Although Professors do not boast the sheer power of their counterpart, the High Wizard, their inventive applications of magic are their keys to victory.

Professors are the transcendent version of Sages. Through rebirth, Professors gain class-defining SP manipulative skills such as Soul Exhale, Indulge, and Soul Siphon. The two former skills enable Professors to act as endless sources of SP, which makes them a favorable class for party play. The third SP-manipulating skill, Soul Siphon, allows Professors to offensively eliminate all of their opponent's SP, making Professors a formidable class for PvP and WoE.

Their offensive power also gets a boost in the form of Double Bolt, Foresight and Fiber Lock, making one-hit kills for INT-based builds a possibility.

The job levels in which a Professor receives a certain bonus:

ASPD values do not change after transcending. See Sage (ASPD).