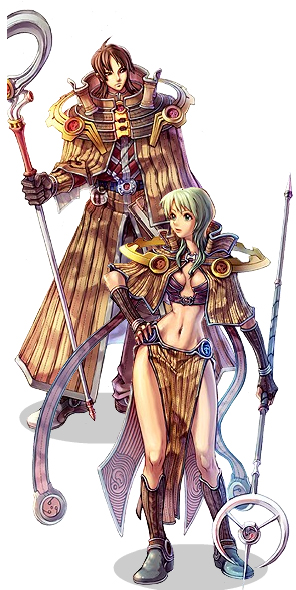 Sages are a PvP-oriented class with the role of caster/anti-Mage. They do not have the offensive abilities of a Wizard, but are a slightly buffed version of Mage with their Free Casting. Sages shine in their defensive abilities, with many builds centered around Land Protector. Dispell is also a popular and sought-after spell which is useful for removing buffs from the enemy. Many of their skills can only realistically be used in PvP, making PvM quite difficult, particularly for VIT/DEX builds that have difficulty solo leveling. Battle sages are a 'for fun' build which can become a powerful leveling build with the recent buffs to Auto Spell and the right gear.

Changing into a Sage from a Mage requires the player to complete a number of tasks:

After completing these tests, the player will be transformed into a Sage. This takes place in Geffen.

A Sage's endow skills use Points. For example, Lightning Loader uses a Yellow Wish Point. Points can be purchased from the Elemental Points NPC in Geffen that is found in two different locations: to the right of the fountain geffen12749, and also on one of the lower floors of the Geffen Tower gef_tower40105.