Stats are the six fundamental character statistics that make (or break) a character. Stats start out with a base value of 1 and can be raised as far as 99 (up to 80 on baby classes). Base stats are increased by spending stat points, higher stats costing more to raise (particularly for base stats beyond 100). Stat points are gained with base level increases, the amount increasing with higher levels.

Strength: This stat affects the "melee" physical power of the character, allowing it to deal damage even if no weapons are equipped if a sufficient amount of STR is invested. The STR value is also multiplied to the Weapon ATK value for even more damage increase.

When using "melee-type" weapons such as Axes, Books, Daggers, Katars, Knuckles, Maces, Spears or when Bare Handed, every point of STR provides:

When using "ranged-type" weapons such as Bows, Instruments and Whips, every 5 points of STR provide:

Every point of STR provides:

Agility: This stat affects the speed of the character in many aspects, allowing it to attack faster and dodge attacks more often.

Every point of AGI provides:

Every 5 points of AGI provide:

The actual ASPD calculation depends on AGI, DEX, ASPD Potions and skills, the type of equipped weapon, and current job class. It can take between 1 and 20 AGI to increase ASPD by 1. More details can be found in the entry for ASPD discussion.

Vitality: This stat affects the endurance, HP, and restorative power of the character, allowing it to last longer against monsters and to regain more life with healing items.

Every point of VIT provides:

Every 2 points of VIT provide:

Every 5 points of VIT provide: 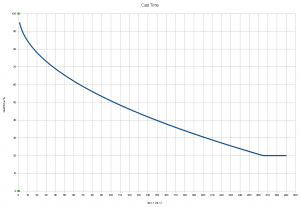 Intelligence: This stat affects the mental power of the character, allowing to deal magic damage even if no weapons are equipped if a sufficient amount of INT is invested.

Every point of INT provides:

Every 2 points of INT provide:

Every 6 points of INT provide:

When INT reaches 120 or higher:

When using "ranged-type" weapons such as Bows, Instruments and Whips, every point of DEX provides:

When using "melee-type" weapons such as Axes, Books, Daggers, Katars, Knuckles, Maces, Spears or when Bare Handed, every 5 points of DEX provide:

Every point of DEX provides:

Every 5 points of DEX provide:

Luck: This stat affects the fortune of the character in some aspects, allowing it to deal Critical hits more often, luckily dodging enemy attacks more often, among several other small bonuses.

Every point of LUK provides:

Every 3 points of LUK provide:

Every 5 points of LUK provide:

Every 10 points of LUK provide:

There are also secondary stats which are determined by the primary stats, along with gears and skills.

Attack: The physical attack rating for both ranged and melee weapons. It is listed as A + B in the Status Window, where A represents the Status ATK and B represents the sum of Weapon ATK (base weapon damage and its base bonus damage from refinement) and Equip ATK (bonus damage from equipment and buffs). Only B is affected by Element. The Status Window does not show the total ATK used for the Attack damage calculation.

Defense: The defense rating against physical damage. It is shown as A + B in the Status Window, where A represents the Soft DEF and B represents the Hard DEF. Hard DEF cuts damage relatively, whereas Soft DEF is an absolute reduction with that number.

Magic Defense: The defense rating against magic damage. It is shown as A + B in the Status Window, where A represents the Soft MDEF and B represents the Hard MDEF. Hard MDEF cuts damage relatively, whereas Soft MDEF is an absolute reduction with that number.

Flee rate: The dodge rating. It is shown as A + B in the Status Window, where A is calculated as 100 + BaseLv + AGI + Floor(LUK ÷ 5) + Bonus and B represents the Perfect Dodge, which is a direct percentage of dodging any regular hit, including Critical Hits.

Attack Speed: The hit/second rating. It depends on the player's class, equipped Weapon Type, Speed Modifiers, AGI and DEX. ASPD increases hits/second exponentially. It has a limit of 190 for non-3rd classes and 193 for 3rd classes. See the ASPD page for the ASPD formula.

Hit Points or Health Points. It is how much life points the character has or the amount of damage the character can sustain before dying. Max HP is mainly derived from the class of the character, VIT and any equipment that may affect HP.

Spell Points, Spell Power or even Mana. It is how much mental points the character has for performing skills. Max SP is mainly derived from the class of the character, INT and any equipment that may affect SP.

The following are values which, while not directly visible in the Status Window, are directly measurable and can have just as big an impact on gameplay.

Attack Range is the maximum distance an attack or skill can be made from the player. For most weapons, the attack range is 3 cells. However, If the player attempts to attack while outside of Melee range, the client will move to 1 cell away. Bows get a base range of 5 cells and some special weapons have longer range (Such as the Long Mace). Additionally, all skills have an Attack Range too.

Many skills, and not just magic skills have a Cast Time. This is indicated by the green "progress bar" above the character's head. Cast Time is split into two parts, "Variable Cast Time" and "Fixed Cast Time". The variable portion is directly affected by DEX and INT (at half the amount of DEX).

Perfect Dodge allows the player to dodge a physical attack by a chance in percentage corresponding to the second value from the Flee rate. The LUK stat affects the Perfect Dodge value of a character directly.

Perfect Hit allows the player's physical attack to always hit by a chance in % corresponding to the Perfect Hit value, basically ignoring accuracy check. This value is not shown on Status Window.

The weight limit is how much a character can carry. The STR stat affects the Weight Limit value of a character directly.

Movement Speed is the speed the player walks at. It is NOT affected by AGI, only by certain skills and items.

Many stats affect the resistance of certain Status Effects, and even immunity to the effect can be achieved.

See our Stats & Skill Reset System article for information on resetting both stats and skills.

Base Stats vs. Total Stats

Base stats mean the stats alone without the bonus part (which is indicated by +X part in the Status Window). Total stats include both base and any bonus stats the character may have.

Warning: any investment in primary stats cannot be reversed except through a stat reset.