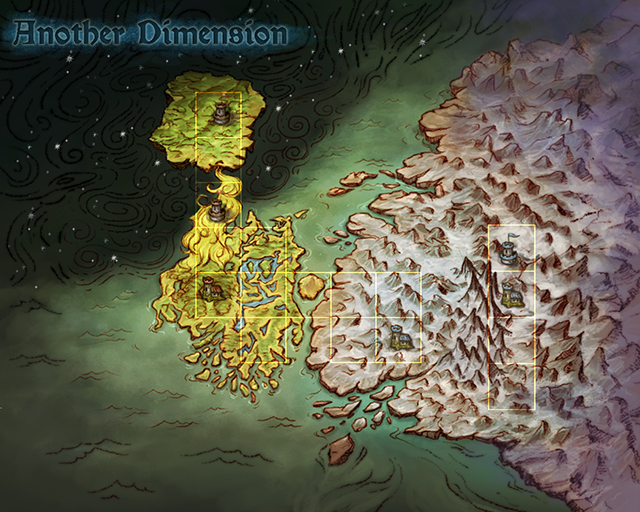 The New World is a realm beyond the Rune-Midgarts Kingdom. The Dimensional Gorge opened by the summoning of Satan Morroc had led to a portal to this new area. Mountainous fields, snowy forest and more await those who venture into it.

You can access the New World through Cat Hand Services.

With the discovery of the Ash Vacuum comes the discovery of two mysterious new races, the fairy-like Laphine who live in the lush grounds west of the Expedition camp, and the wood creatures known as Sapha in the east. Each race has sworn to protect the World Tree Yggdrasil and have been fighting a war spanning hundreds of years.

Now, everything changes with the unearthed ruins of a cave that Rune Midgard scientists believe leads to the roots of the World Tree Yggdrasil. Commander Hibba Agip, leader of the expedition, has sent a call to any and all adventurers to explore the cave’s mysteries, but little do they know that it will bring them farther and deeper than any adventure they’ve experienced.

For in the darkest reaches of the ruins, an ancient guardian has been awakened. Rumors of its terrifying power have all but stopped the expedition in its tracks. Only the Laphine and the Sapha have information about the ruins and the secrets it holds, but no one has yet to decode their language…

Is there any adventurer brave enough to venture into the unknown?

New World's story quest line can be found on the Arc Quests page.