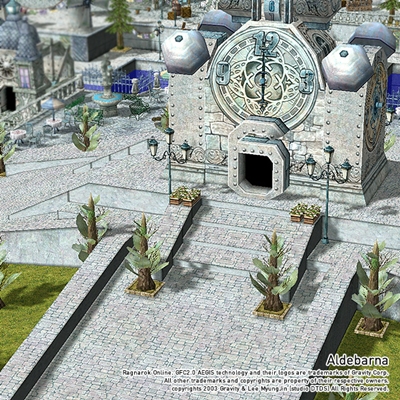 Al De Baran is a peaceful town, home to the Alchemist guild.

It is said that the promised land always lies on the other side of a wilderness. If any one city can testify to that, it is undoubtedly Al de Baran. To the north of the city lie desolate, rocky plains, while to the south is the unforgiving Mount Mjolnir, a rugged mountain teeming with aggressive insects, plants, and beasts. However, situated in a basin between, the city of Al de Baran is a welcome respite for travelers heading north into the Schwartzwald Republic, or south into the Kingdom of Rune Midgard. A light, verdant, tranquil city of water, the city boasts a singular beauty and splendor that rivals even that of Lighthalzen.

Known as the city of canals, also home of the Clock Tower. The majority of Al de Baran is indeed constructed around the waterways, using them for power, drinking water, and urban landscaping. In addition, a system of beautiful windmills dots the city's skyline, turning lazily in the mountain breeze. The scent of plant life, the crisp clean air, and the overall formal beauty of the city make it a well-known tourist city. It is here, also, that the Alchemist Guild makes its home, attracting many individuals from all over the world who wish to further research this strange science.

Note: The "Sorcerer" location is irrelevant, as the Santa NPC is the only person in the area. It is probably left over from an old update, and was never taken out. 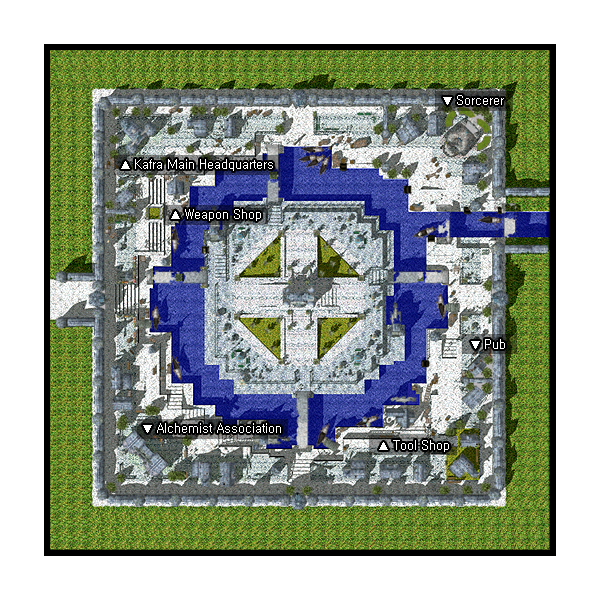