Port Malaya is a small village you could reach by sailing southwest from Alberta.

Recently, a letter has been spread around the towns of Rune Midgard, which details the strange discovery of a fishing vessel's crew. They had become lost and had stumbled upon a previously unknown civilization. Here is a transcript:

Sailing aimlessly for months at the end, we've already depleted our source of water and rations. Just when we were at our limits on fishing to quell our hunger, we have spotted an island off to the east where no sailors have ever gotten to -- Port Malaya.

Despite the grim looks on our faces, the inhabitants of Port Malaya greeted and provided us with hospitality.

Upon first glance, we discovered various new plants, land animals and aquatic lifeforms as well as modern technology from places within the Port Malaya Town.

Many foreign traders, that our kingdom has not yet come in contact with, can be seen along the roads in this city. A number of products being traded in this city exceed three or four times that of Midgard's largest harbor, many of which are new and mysterious. What surprised us the most was their modern medical technology and the existence of a Hospital, the existence of mysterious civilization.

Our wish to return to our homeland came true with the help of the Mayor of Port Malaya. He wanted to keep a friendly relationship with our kingdom, providing us with a new ship loaded with various precious Port Malaya-exclusive products on board. We set sail to the west.

We will sail back to our homeland. We hope that the information we bring will be of use to the Midgard Adventurers to start their journey anew.

This letter has encouraged many traders and adventurers to make a voyage out to this wondrous place: Port Malaya.

You can get to Port Malaya by paying Optamara Crew NPC alberta23771 in Alberta 10,000 zeny.

The first recommended quest is Cautious Village. This quest is necessary in order to understand the language used by this island's inhabitants. 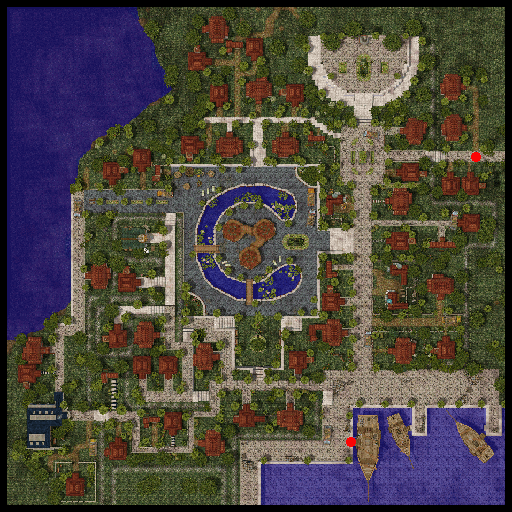