Zero is a new style of Ragnarok mechanics and content, similar to Renewal. In fact, Zero is based on Renewal and extends it further. As of 2020, the only official server that has proper Zero mechanics implemented is kRO Zero.

Part of the Zero strategy is to rethink and revamp the content that is already in the game. To achieve this, Zero has launched with a very limited number of maps and classes, and has been re-releasing content on a regular basis. As a result, Zero currently does not have 3rd classes or some content updates like Veins.

Zero has overhauled some basic game mechanics, for example:

Building on top of the heavy focus on equipment in Renewal, Zero adds more variety to their stats with Random Options and introduces a number of new gear progression paths. 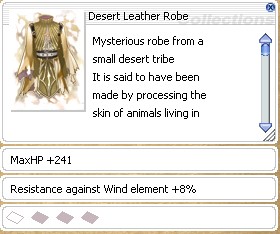 Some monsters in Midgard now have a chance to drop weapons and armor with additional random stats, called Random Options. The number of options and their quality depends on the monster's level and difficulty. For example, an MVP monster will probably drop more gear with more (and better) options than a Rocker. Check out the separate Random Options article for a complete list of available stats. 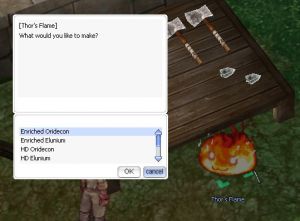 Gear is extremely important in Renewal and even more so in Zero, where the bonuses received from refining gear is increased significantly. The amount of DEF gained from refining armor is up to 10x higher. For more details see Refinement System.

Every place that offers refining services now also has a Thor's Flame. This NPC can convert and produce various types of minerals useful for upgrading, including e.g. Enriched Elunium and HD Elunium. It also offers a gambling-type item exchange for special minerals like Muscovite.

Zero introduces a new type of map, called Fever Fields, which are full of strong monsters that drop special equipment, as well as other material used for crafting, e.g. Mythril Ore. The first Fever Fields introduced to Zero are Payon (pay_fild06), Geffen (gef_fild02) and Morocc (moc_fild18). There are always Fever maps inside existing dungeons, such as Glastheim. Check out the full article on Fever Fields for more details.

Dynamic Fields are maps that can show special monsters such as minibosses and champion mobs based on how many monsters of a certain kind are killed. For example, when 200 Rocker are killed on prt_fild04 (regardless of who does it), a Vocal miniboss will spawn somewhere on the map. For a full list refer to the Dynamic Fields article. 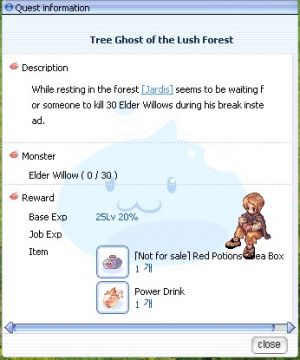 Another aspect of the game that Zero has improved significantly is the quest system. If you have played RO before, you might remember that the quest experience hasn't always been that great. You had to rely on vague NPC dialog to figure out where to go, and if you took a break you didn't know where you left off.

In Zero, a lot of existing quests have been redesigned to make full use of the Quest and Navigation UI, as well as balance the rewards. This greatly improves the experience of both veteran and new players. Zero also introduces a number of new quests and quest lines like Regional Quests and Kingdom Guild Quests.

One questing area that RO players might know is the Eden Group, which still exists to some extent in Zero. But low-level players now also have a new series of quests to get started after their first job change, which are the Kingdom Guild quests. The Kingdom Guild offers easy quests that can get you started on equipment and consumables. After you change to your first job, talk to a Kingdom Guild representative in your Job Guild building. Definitely check them out!

One important change in Zero is that players now need to be both Base level 50 and Job level 50 to change to their second job. Currently, Zero includes second jobs and transcended jobs, as well as Ninja and Kagerou/Oboro. However, it does not have any 3rd classes, Super Novice, Taekwon or Gunslinger at this point in time. Also keep in mind that Project Zero is releasing content progressively, so not all of these classes are available yet.

Most of the skills in the game have gone through multiple rounds of rebalancing and adjusting. However, these changes are not exclusive to Zero and are actually part of a global Renewal campaign.

The concept of instanced dungeons is not new to Ragnarok, but Zero is starting from scratch by creating a roster of so-called Memorial Dungeons that have progressively higher difficulty. The rewards from these new Memorial Dungeons are used to create Zero-exclusive Memorial Dungeon gear, sometimes also called Expedition Gear. Players can start their very first Memorial Dungeon at Level 30 by doing the Poring Village instance. 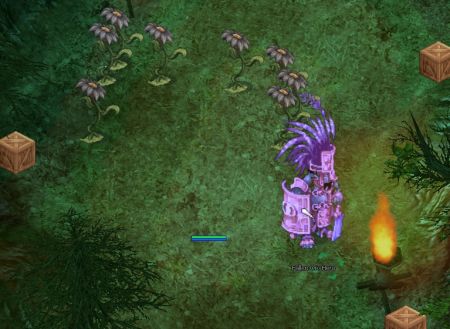